In this talk I will focus on recent results obtained in loop quantum cosmology. First, I will
focus on the background dynamics and investigate into the details how reliable the
predictions are with respect to changes in initial conditions, to changes in inflation
potentials and to changes in the energy-to-shear ratio. Then I will switch to predictions
about perturbations and I will show that some approaches to loop quantum cosmology can
already be excluded with is very nice to establish the falsifiability of the approach.

This talk introduces new methods which can be used to classify
inequivalent space-time structures in canonical gravity. Some quantum
effects, in particular in models of loop quantum gravity, lead to new
structures that cannot be realized in Riemannian geometry. The main
physical effect related to this new feature is non-singular signature
change, with implications in cosmology and black-hole physics.

In this talk I review some recent progress in Effective Quantum Gravity (EQG) and discuss
some model independent generic features of quantum gravity which can be identified using
effective field theory methods. One of these features is the appearance of non-local effects
at short distances. I describe applications to cosmology and black holes and discuss whether
the question of singularities can be addressed within this framework. After revising
quantum corrections to Newton’s law and the Schwarzschild metric, I also discuss how to
probe these non-local effects with different observations and experiments. Finally I
emphasize that within EQG, it is possible to show that the true scale of quantum gravity is
dynamical and that the usual notion of space-time most likely breaks down at that scale.

I will review the different quantum geometry realizations, recently constructed, and discuss
their applicability to describe our universe at large scales. I will explain how we can via a
renormalization process construct quantum gravity valid over all scales.

In theories with a broken discrete symmetry, Hubble sized spherical domain
walls may spontaneously nucleate during inflation. These objects are
subsequently stretched by the inflationary expansion, resulting in a broad
distribution of sizes. The fate of the walls after inflation depends on
their radius. Walls smaller than a critical radius fall within the
cosmological horizon early on, while their energy density is subdominant
relative to that of ambient matter. In this
“subcritical” case, walls collapse due to their own tension, and form
ordinary black holes. But if a wall is large enough, its repulsive
gravitational field becomes dominant much before the wall can fall within
the cosmological horizon. In this “supercritical” case, a wormhole throat
develops, connecting the ambient “exterior” FRW universe with an
“interior” baby universe, where the unbounded exponential growth of the
wall radius takes place. The wormhole pinches off in a time-scale
comparable to its light-crossing time, and black holes are formed at its
two mouths. The resulting black hole population has a wide distribution
of masses and can have significant astrophysical effects.

Steven Giddings  – “How can gravity be emergent?”

Building on several previous talks in this workshop that discuss the emergence of spacetime
as a condensate in group field theory (GFT), I will discuss the emergence of a condensate
phase characterised by a large number of quanta with the same spin (or, geometrically, the
same volume per quantum), with occupation numbers of other spins exponentially
suppressed. This phase corresponds to what sees required in loop quantum cosmology
(LQC) and thus justifies some aspects of LQC dynamically and in a more fundamental
description. I will speculate on how the same mechanism might lead to an understanding of
the small amplitude of cosmological perturbations.

I will revisit simple minisuperspace settings, from the viewpoint of the real Lorentzian path
integral rather than the often-employed Euclidean version. Picard-Lefshetz theory allows one
to define the path integral unambiguously, and selects the relevant saddle points.
Comparing with the canonical approach, this allows one to single out a unique solution of
the Wheeler-De Witt equation. If one imposes no-boundary initial conditions, the resulting
weighting of the wave function favours large values of the cosmological constant, in contrast
to the Hartle-Hawking prescription.

Within the framework described here one can also describe quantum transitions between
contracting and expanding universes. I will describe two examples of such quantum
resolutions of classical big crunch singularities.

We argue that the presence of conformal anomalies in gravitational theories can lead to
observable modifications to Einstein’s equations via the induced anomalous effective
actions, whose non-localities can overwhelm the smallness of the Planck scale. The fact that
no such effects have been seen in recent cosmological or gravitational wave observations
therefore imposes strong restrictions on the field content of possible extensions of Einstein’s
theory: all viable theories should have vanishing conformal anomalies. We then show that a
complete cancellation of conformal anomalies in D=4 for both the C2 invariant and the Euler
(Gauss-Bonnet) invariant can only be achieved for N-extended supergravities with N≥5, as
well as for M theory compactified to four dimensions.

In recent years the idea that not only the configuration space of particles,
i.e. spacetime, but also the corresponding momentum space can have a
nontrivial geometry has attracted significant attention, especially in the
context of quantum gravity. The aim of the talk is to discuss extension of
this concept to the domain of field theories, the so-called Nonlinear Field
Space Theory (NFST). After presenting the motivation and general aspects
of the approach we will focus on analysis of the prototype (quantum) NFST
of a scalar field. The case of compact field space is especially interesting,
which is a natural way to implement the “Principle of finiteness” of physical
theories, which once motivated the Born-Infeld theory.  Predictions and
possible areas of application of NFST, especially in the early universe cosmology,
will be discussed.

The trajectory-based approach of quantum mechanics is especially well-suited for
quantum cosmology as it provides an actual picture of the Universe evolution. Focusing
Bianchi I and FLRW minisuperspaces for which the Hilbert space of solutions can
be explicitly constructed, we obtained non singular bouncing solutions. Perturbations
can then be analysed consistently in a unified framework.

In the inflationary paradigm, the transition from quantum fluctuations to classical but
stochastic density perturbations plays an important role. In particular, it implies that the
open quantum system comprising the super-Hubble degrees of freedom can be described
with a classical stochastic theory, the “stochastic inflation” formalism. In this framework, the
short-wavelength quantum fluctuations act as a classical noise on the dynamics of the
super-Hubble scales.

I will explain which quantum backreaction signatures are left by this effect on the
correlation functions of primordial cosmological perturbations. In single-field inflation, those
are typically Planck suppressed, but if multiple fields are driving inflation, they can be large
even at sub-Planckian energy. More generally, the number of fields is a critical parameter,
and can yield infinite correlation functions. These can be regularised by introducing a
reflecting or absorbing wall at high energy or field value, and I will explain which prospects it
opens for probing quantum gravity effects on inflationary dynamics.

Alexander Vilenkin  – “On quantum creation of a toroidal universe”

The Wheeler-DeWitt equation for a spatially flat universe with toroidal
topology has no energy barrier, and it is often argued that the tunneling
wave function for such a universe should be unsuppressed — in contrast to
the case of a spherical universe, where it is suppressed by an exponential
factor. I will argue that, on the contrary, quantum creation of a
toroidal universe is either impossible or it depends sensitively on the
unknown Planck-scale physics.

I will explain how the large-scale cosmological dynamics can be obtained from the
hydrodynamics of isotropic group field theory condensate states in the Gross-Pitaevskii
approximation. The correct Friedmann equations are recovered in the semi-classical limit for
some choices of the parameters in the action for the group field theory, and quantum gravity
corrections arise in the high-curvature regime causing a bounce which generically resolves
the big-bang and big-crunch singularities. 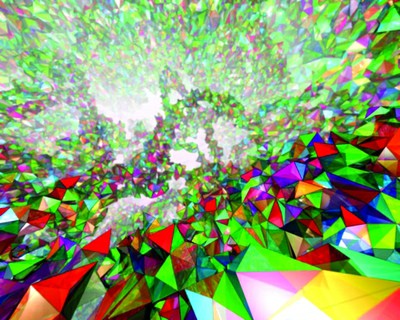